A simultaneous press conferences were held in Toronto, Ottawa, and Vancouver last October 9.

In Toronto, the Caregivers Action Centre spearheaded the presscon at MWAC’s office with significant numbers of media people present. The events had become an avenue to reveal the closed-door meetings that the Federal Government had been conducting in connection to its plan to remove the permanent residency on the Live in Caregiver Program.

In the conference, it was emphasized the valuable work that a caregiver does, not only to the family where she works but to the community as well.  For a caregiver to effectively accomplish her/his duties, he/she has different hats to wear. He/She can be a teacher, a nurse, a counselor, a dietician, a chef, an event planner, an engineer, and a construction worker at times.

WE ARE NOT DISPOSABLE. 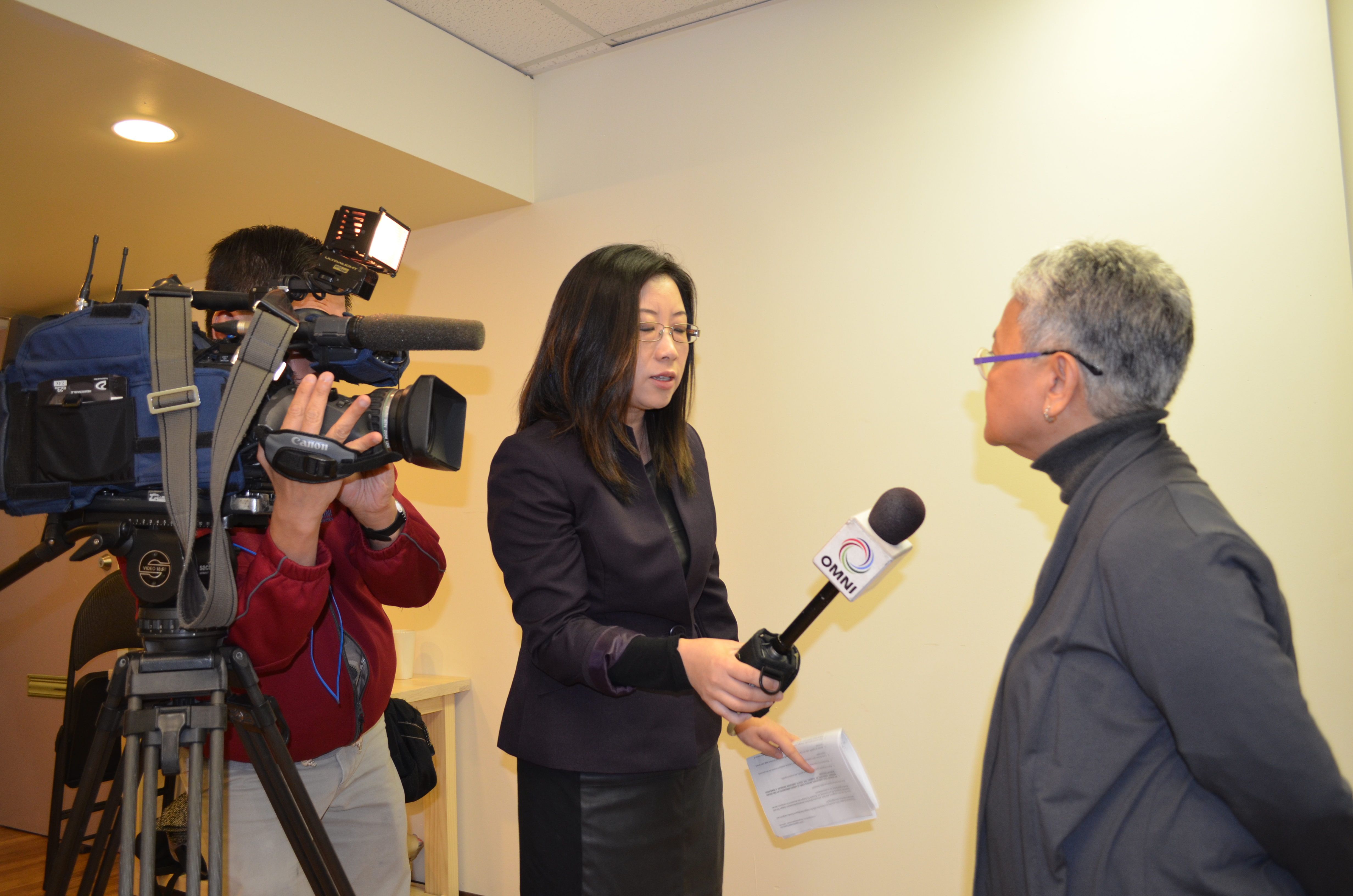 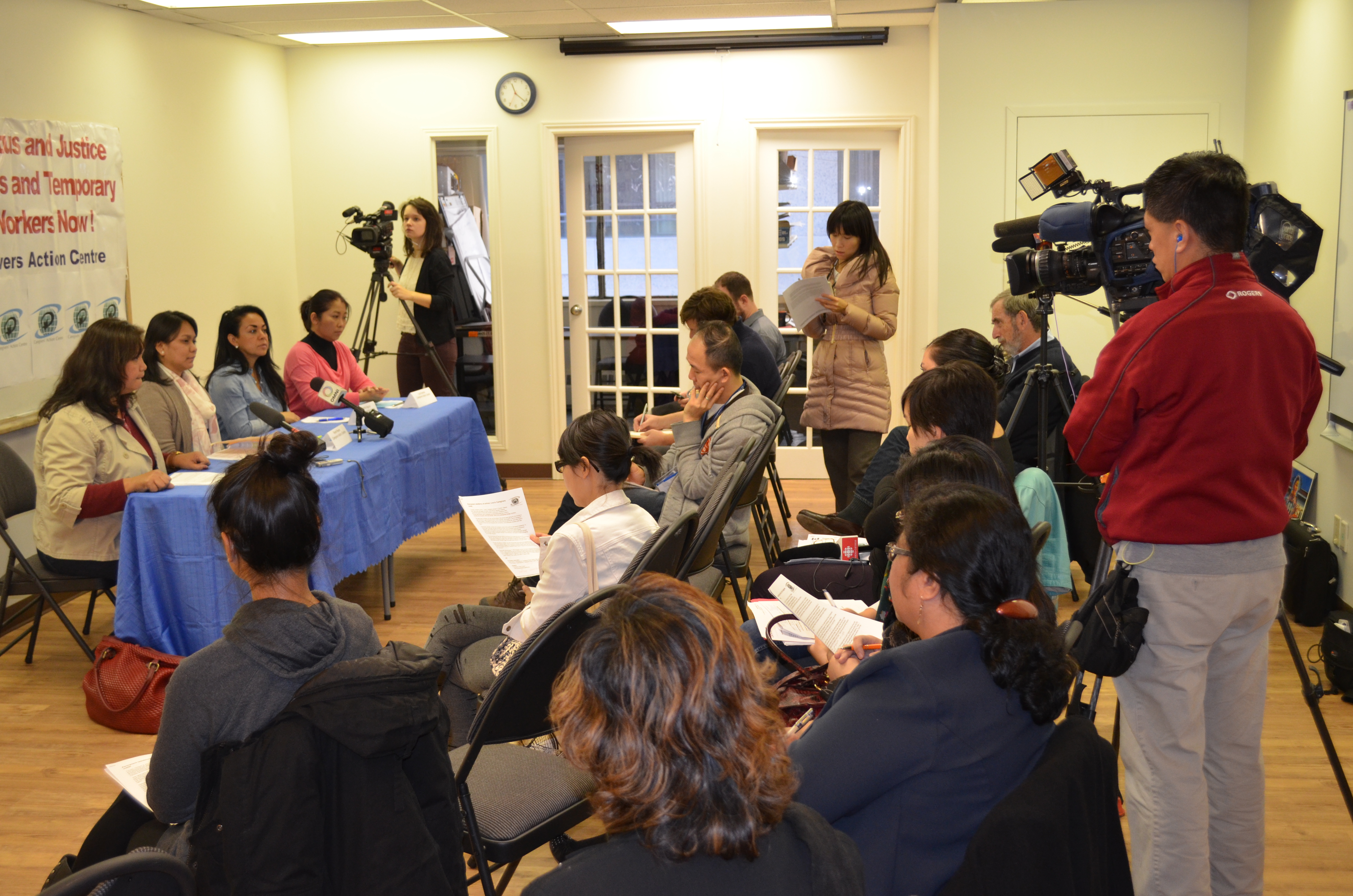 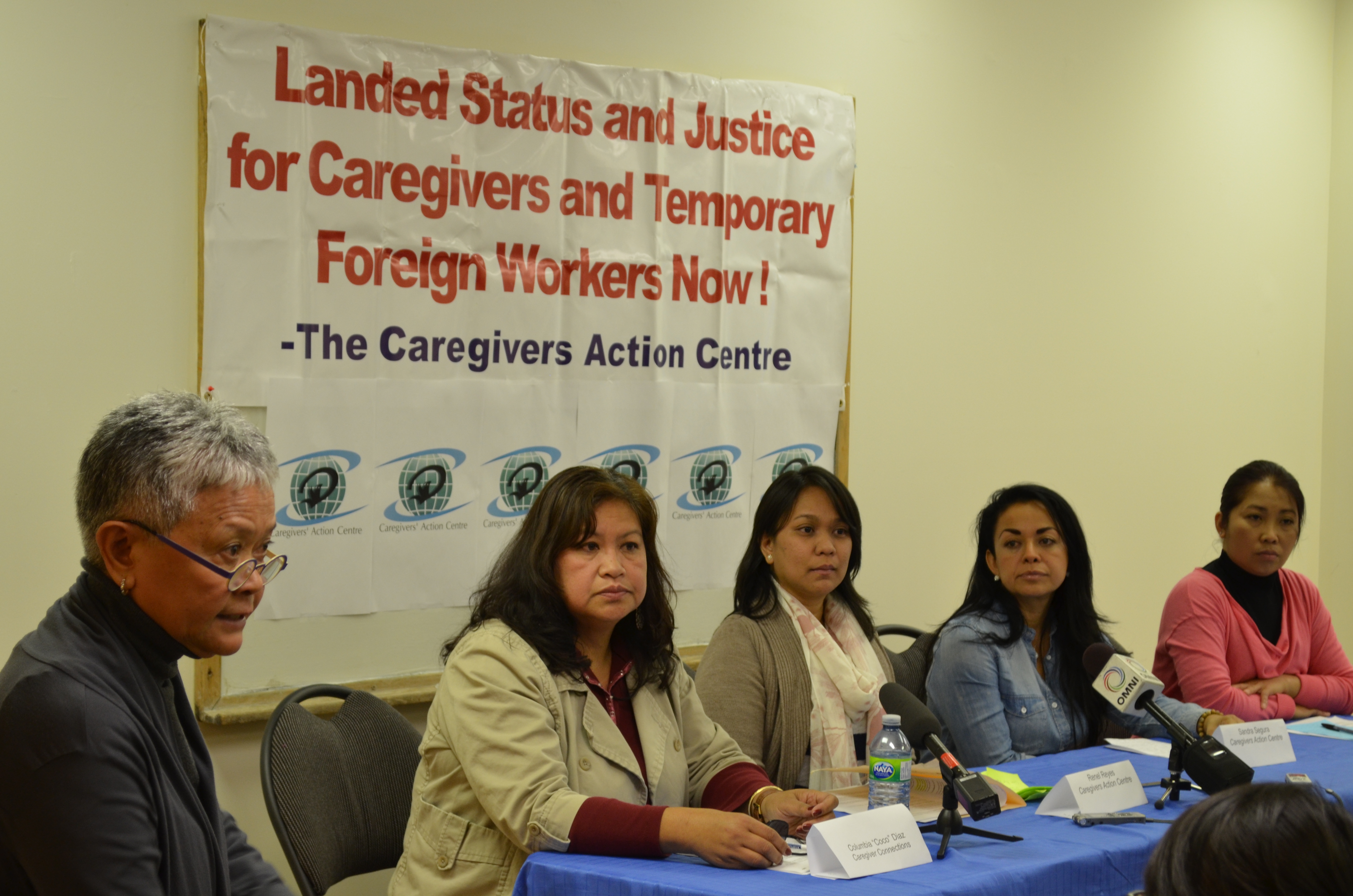 The Caregivers Action Centre along with other community friends and allies strongly and clearly said only one thing:

For further information, please check on the following sites: