Caregivers rally for status on landing

On November, 22, 2014, Current and Former Caregivers gathered at 150 King West, the Federal Ministers HQ to insist that recent changes to the law hurt Caregivers.

With one voice, we insisted: Status on landing! Now!

On November 30, 2014, the current Conservative government implemented changes that will make it even harder for many Caregivers to get permanent residency. But we will not stop fighting to make sure that us and our families get the justice we deserve.

If you are a Caregiver who needs to change your job, or if you are in touch with Caregivers that enter Canada after November 30th, 2014, please get in touch with us at [email protected] so we can support you.

To our allies, we ask that you contact your Members of Parliament and let them know that you oppose placing a cap on how many Caregivers can gain permanent residency. 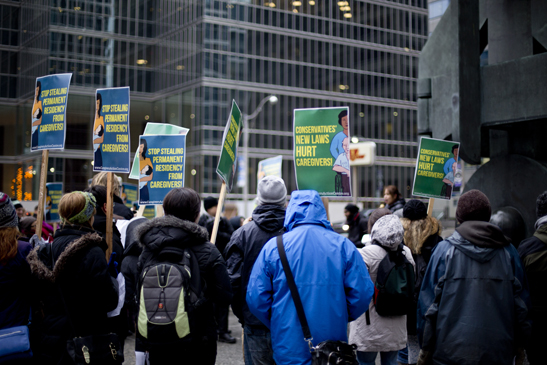 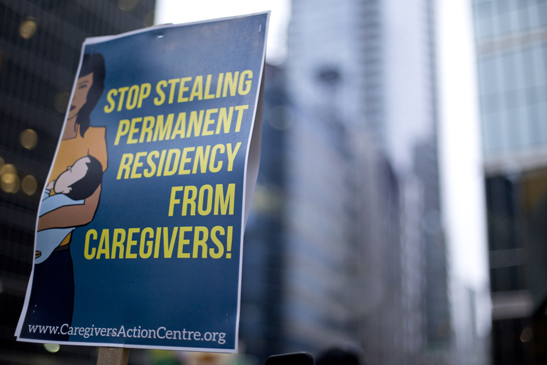 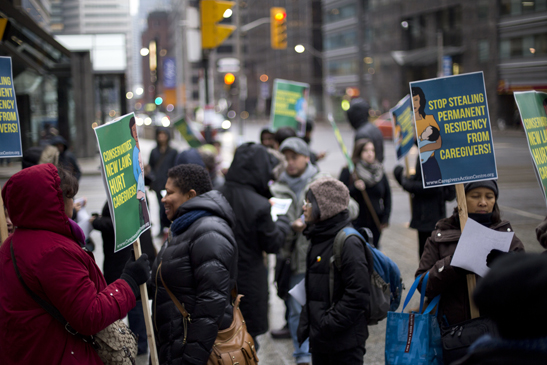 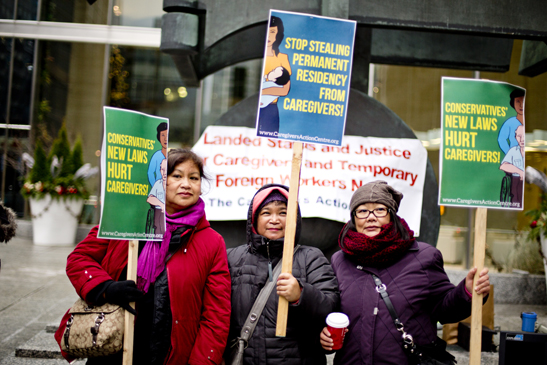 Huffington Post: Why is Stephen Harper sending Caregivers back to 1973?