Raise your voice for migrant rights during this federal election

On September 20, Canadian citizens will vote for representatives. These representatives, called Members of Parliament, will decide laws that impact the lives of 1.6 million migrants like us.

Migrant farmworkers, care workers, students, refugees and undocumented people cannot vote on September 20th. But there are a lot of things we can do and should do.

Between now and September 20th, Canadians are debating the future of this country. This is why now is an opportunity for migrants to raise our demand for full and permanent immigration status for all.

The Migrant Rights Network is organizing actions you can join:

- Click here to send an email to all political parties right now. You can add your own story or comments about why fairness is important to you.

- It’s important to get Canadians to push politicians to support migrant rights. Click here and we will send you flyers and posters that you tape up on poles or outside election areas, or give information to your neighbours.

- Want to put up posters and talk to neighbours as a group? Join Migrant Rights Network actions if you are nearby:

***ST. CATHARINES: Sunday, September 5th, Skyzone plaza on Ontario St. The politician in this seat is Chris Bittle, a Liberal. For many years farmworkers have been going to him (check out these photos)

***TORONTO: Sunday, September 12th, 12pm at Eglinton Park (Eglinton Ave W and Lascelles Blvd). The politician in this seat is Marco Mendicino, the Minister of Immigration. Look at the last time we did an action there.

No matter who wins on September 20th, our job stays the same. We have to get as many migrant care workers as possible to unite together as one organization so that no one can treat us unfairly. Together, we will win! 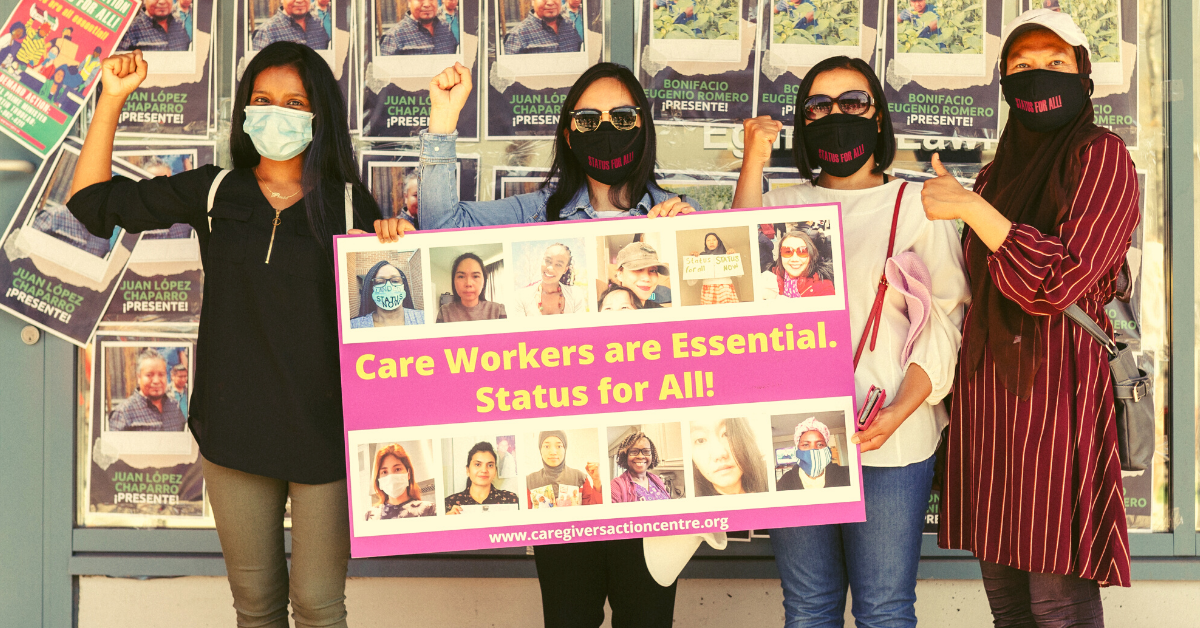