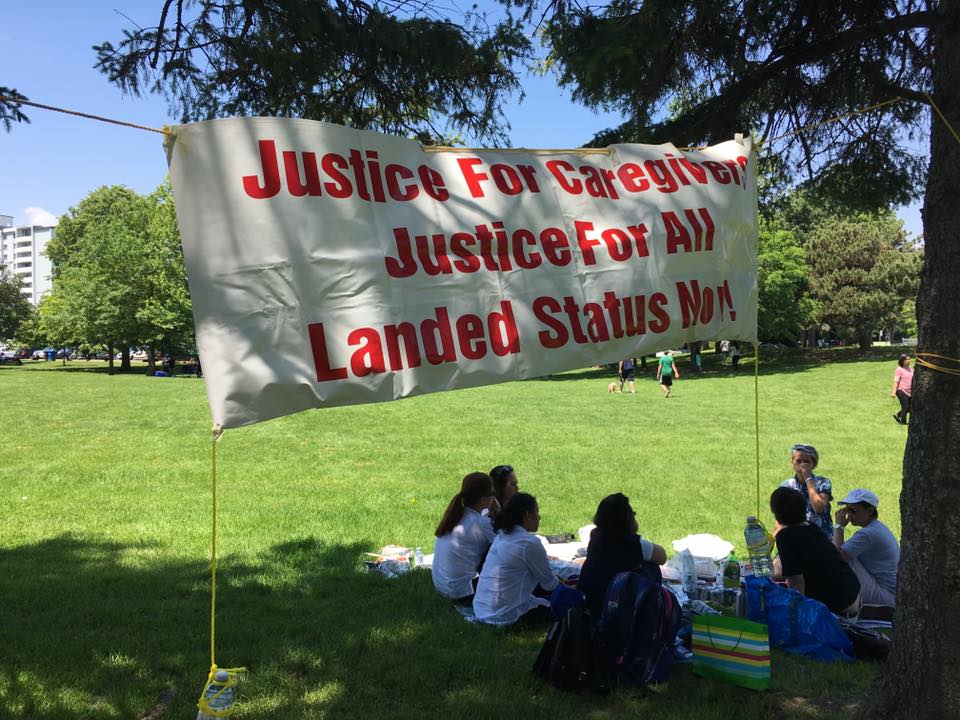 Migrant caregivers mark this day by speaking out

This landslide victory represented an historic step forward towards domestic work being recognized as work like any other, and establishing fundamental labor protections.

To date, Canada still has not ratified this convention for decent work for domestic workers.

Since the early 1900s when women began migrating to Canada to work as caregivers, we have been organizing. And we will continue organizing until Canada ratifies ILO Convention 189, until caregivers have permanent residency status upon arrival, and until all caregivers are treated with respect and dignity.

Hear from caregivers calling for PR on arrival, fair wages, decent work and respect in this video, featuring Caregivers‘ Action Centre members and produced by a CAC member!

Join the call for Permanent Residency! Sign our petition here.