Make a call! Tell the Ministry of Labour to get Care Worker Maria Tajon’s unpaid wages back!

On Wednesday July 7th at 8:30pm, join other care workers to speak up for someone like you. Together, we will make a phone call to the Ministry of Labour and tell them to do their job, and get Maria Tajon the money she is owed.

Maria Tajon came to Canada in 2012 as a live-in caregiver and, like so many of us, was abused by her boss.

In 2017, Maria was hired by rich employer Harvey Gefe to take care of their non-verbal adult son. From Saturday to Tuesday, Maria woke up at 6am to take care of their son, while also doing extra housework like laundry, polishing the silver, and scrubbing the floors and bathtubs. She regularly worked 85 hours a week - way more than the 35 hours a week on her contract!

But after six months, she was suddenly fired. She was left with no money or a place to live. Maria had no choice but to go to a shelter. She bravely filed a Ministry of Labour claim for unpaid wages. In 2018, the Ontario Labour Relations Board ruled that she was owed $28,000, but Maria’s millionaire employer refuses to pay her. And the Ministry of Labour won’t make him. Unless, we do something!

Take action and support our fellow care worker Maria in fighting for justice for her and for all care workers! 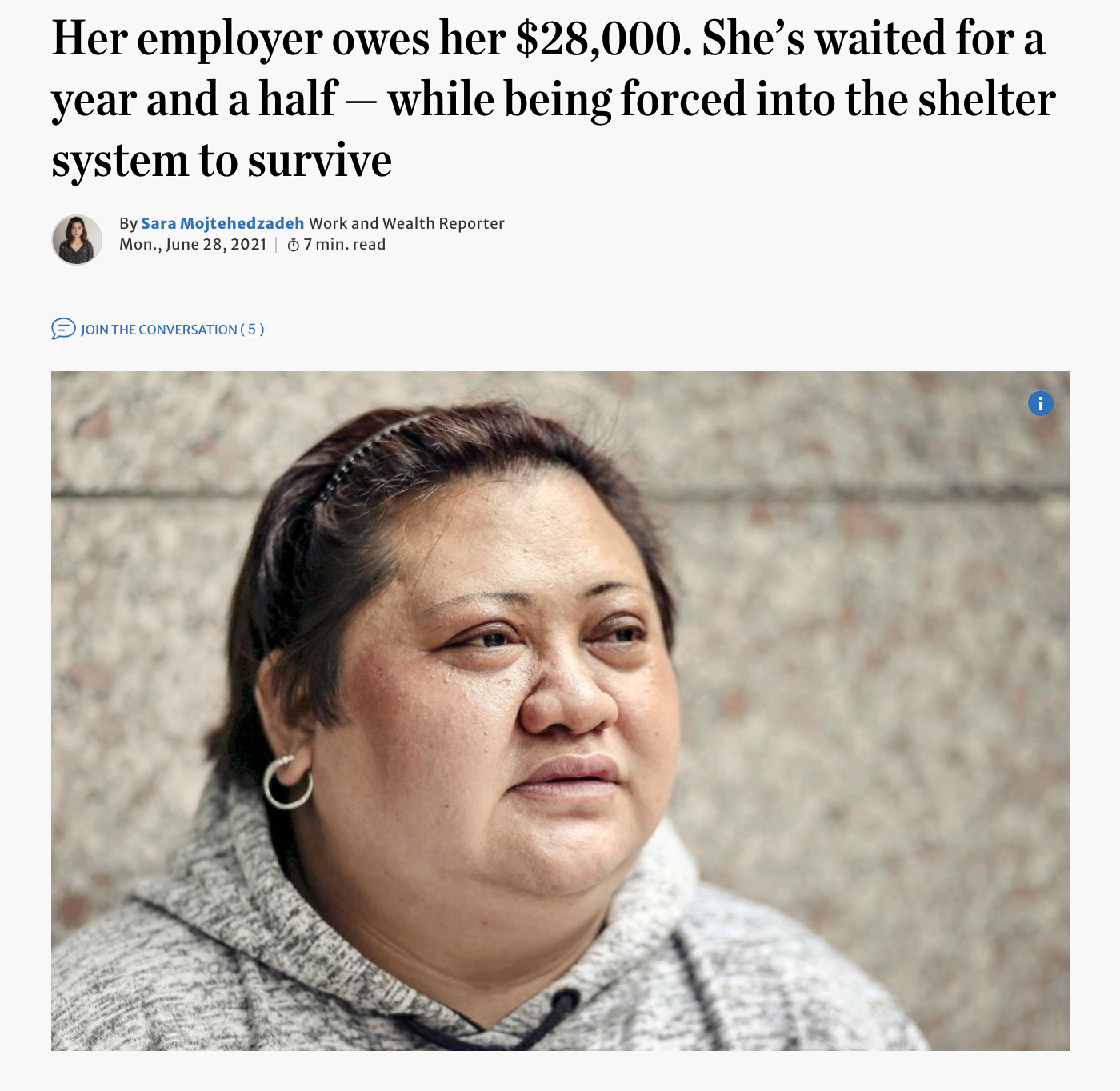