On August 30th, the Caregivers’ Action Centre gave a press conference to expose the lies and discriminatory immigration policies of the conservative government. Six months after Immigration Minister Chris Alexander announced an overhaul of the Caregiver program to win Filipino votes, Live-In Caregivers are criticizing the conservative government for its lies. Labour market assessment (LMIA) applications are being rejected at a rate of 90%, and the time it takes for Caregivers to get permanent residency has doubled. These secretive changes to the rules of the Caregiver Program are forcing Caregivers to stay with abusive and exploitative employers, because quitting the job means being forced to the leave the country. Or when employers lay off caregivers, workers are left in limbo facing almost huge barriers to new employment.

Caregivers’ Action Centre members Kristina Torres and Teta Bayan told their powerful stories of the precarity and abuse they experienced as live-in Caregivers in Canada. Kristina is a Filipina Live-In Caregiver who has had two Labour Market Impact Assessments rejected. Teta is also a Filipina caregiver who has had over 5 employers in Canada and is caught in complications arising from the recent changes to the Caregiver Program.

On October 31, 2014, Minister Chris Alexander announced a program titled Improving Canada’s Caregiver Program which promised to “protect caregivers from abuse and reduce family separation …  caregivers will be provided with more pathways towards permanent residence”. This announcement was specifically pitched to the vote-heavy Filipino community and statements were gathered from key community leaders in support of the promise.

Since then it has come to light that 90% of all LMIAs filed between January and March of 2015 were rejected. Not only does this mean that few Caregivers are coming in from outside Canada, it means that Caregivers already in Canada forced to quit their jobs because of abuse and mistreatment are unable to start a new job. This limit on LMIAs has created immense fear in the Caregiver community, with most workers choosing to stay quiet in the face of abuse and mistreatment.

At the same time, the processing time for permanent residency applications is currently at 46 months, up from 26 months in January 2014. This extended time period that Caregivers must live in limbo awaiting processing of their permanent residency application causes great anxiety, stress and ill-health. Caregiver organizations are reiterating calls for permanent status on arrival for all migrant workers, and access to open work permits so that workers already in Canada are not locked into bad jobs. 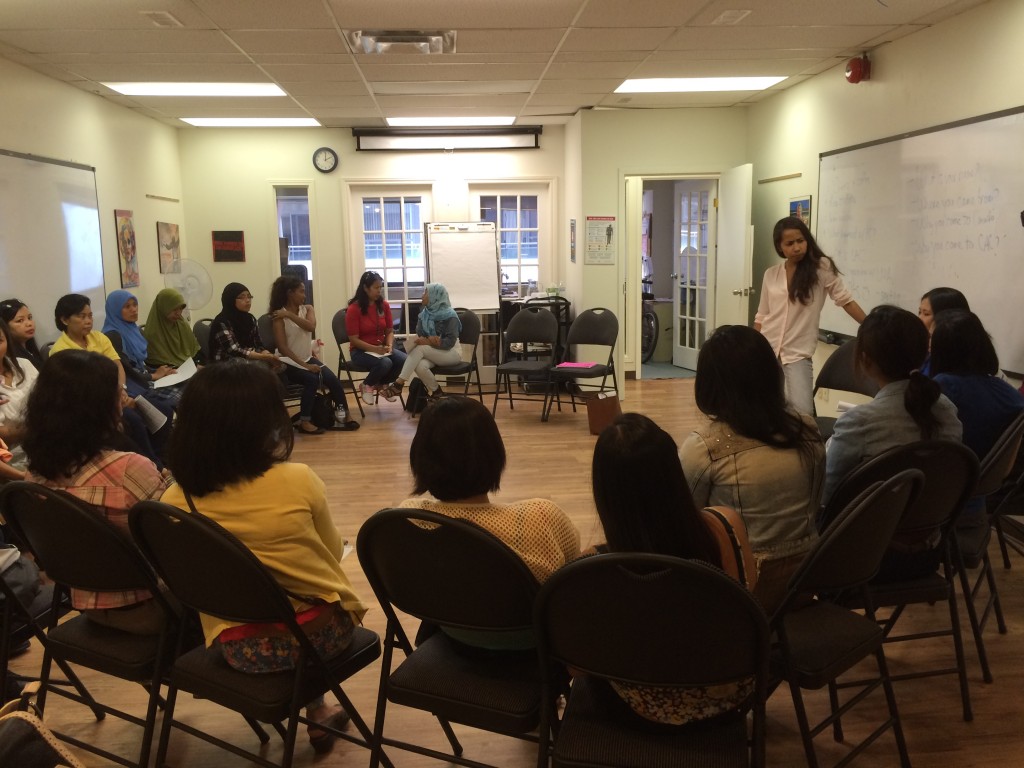 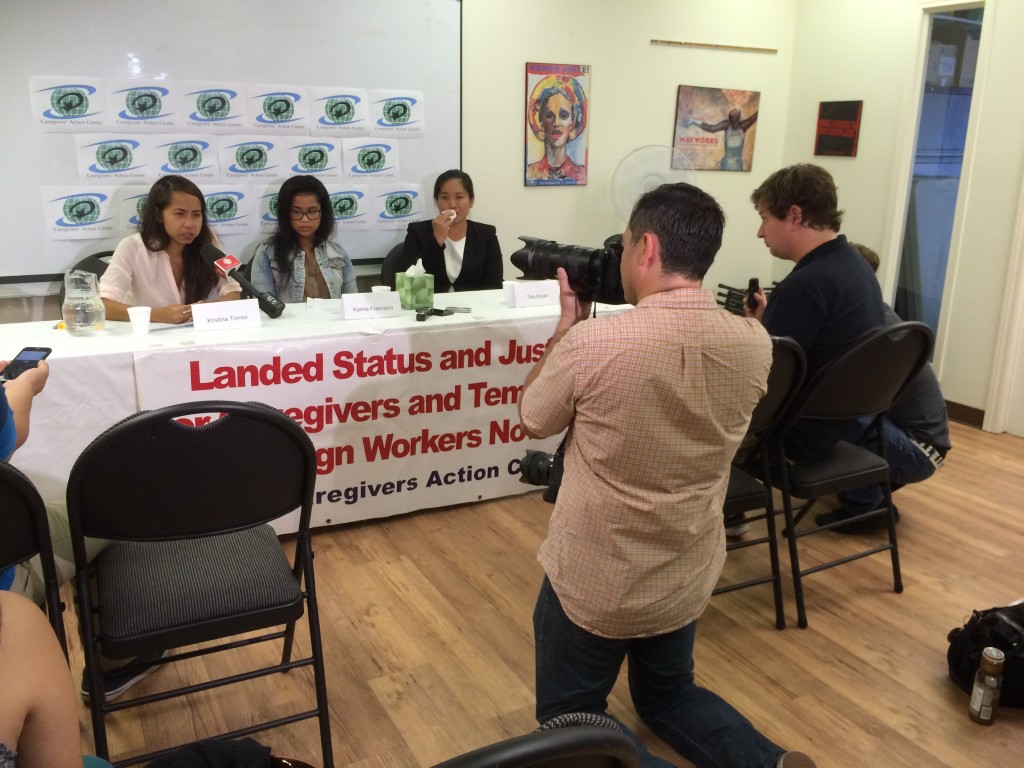 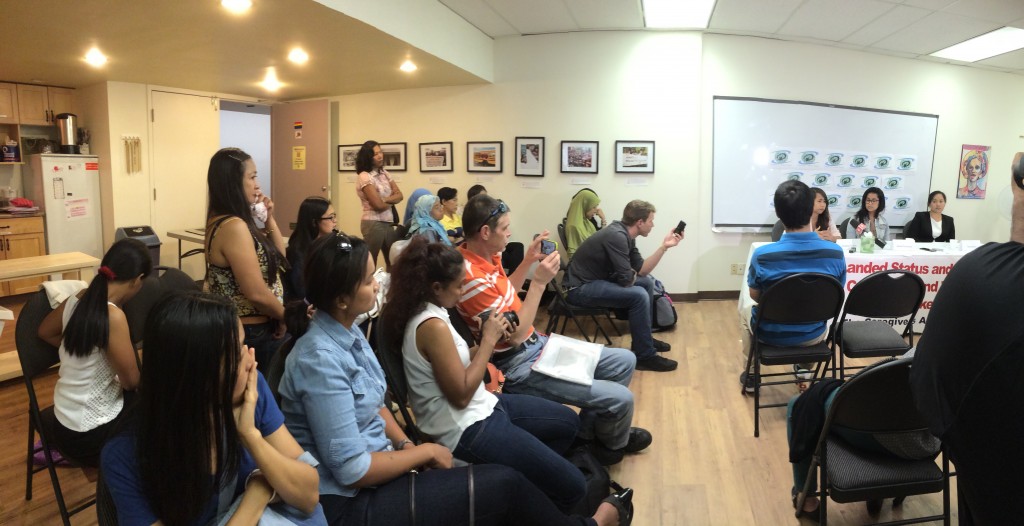 The community supporters and members of CAC observe the press conference.